What Makes a Good Trivia Question? 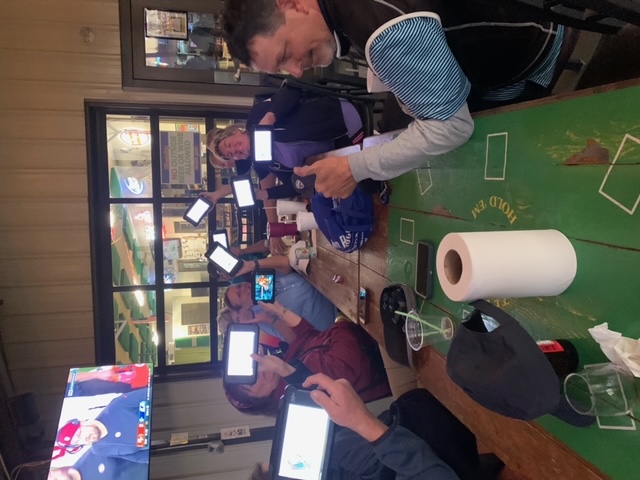 What makes a good trivia question? Ask 100 trivia players and you will probably get 100 different answers. Why so, you may ask? Well, I will now tell you why, my fine feathered friend.

The first problem that has to be dealt with is the difficulty of the question. What is easy for someone might be difficult for another. Let’s take a look at some sample questions. Here’s a simple one:

What is the capital of France?

Wow, that is an easy one. Questions like these have a variety of nicknames such as softball, meatball, piece of cake, Captain Obvious, can of corn, etc. Questions like this are just too easy. Everyone gets them right, no one learns anything new, and it pretty much makes for a waste of time for all the players. Once in a while is all right but you cannot have a lot of these in one game. Okay, let’s try a hard one. How about this doozy:

Ouch, that’s a tough one. These questions have earned names such as Brainbuster, O cra*p!, Grand Separator and Why do they keep asking me things I don’t know! Just as with the easy questions, you can’t have a game all filled with difficult ones. This problem can be fixed by rewriting the question a little bit and changing some of the answers. Let’s try this:

Symphony No. 4 in B-flat major, Opus 60 is by this German composer:

A player could infer that Vivaldi is Italian, so that would eliminate one choice. If we change the Johannes Brahms answer to Claude Debussy, that could eliminate another as his name is French. Then change Robert Schumann to some non-composer such as Bastian Schweinsteiger. He played on Germany’s national soccer team that won the FIFA World Cup in 2014. If you know a bit about soccer, you will be rewarded by being able to eliminate him as a possible choice. That leaves two potentially correct answers: Beethoven and Wagner. What if I adjust the question a little bit more? How about:

Symphony No. 4 in B-flat major, Opus 60 is by this German composer born in the 18th century:

If you are familiar with classical composers, you would recognize that Wagner was born in the 19th century. Thus, a good trivia player can deduce the correct answer as Beethoven by simply eliminating the choices that cannot be correct. Nothing pleases a trivia player more that seeing an “OMG I don’t have a clue” question and then using their wits to find the correct answer. Woo-hoo!

It would be great if every question like that was written cleverly but that’s not realistic to expect. There needs to be a variety: some easy, some hard, some with clues, some with none, some serious, some funny. Capiche?

Another thing that is key to a good trivia question is if the subject is one that every player thinks he or she should have known about. If you ask about some 18th century French philosopher, few players will know that subject. The general reaction of the rest will be on the lines of “How the heck am I supposed to know that?” and the plaintive “Who cares about that?” If the majority of your players are philosophy professors, that would be a good question. Since 99.99+ percent of people are not in that category, alternative subjects need to be used.

What works are questions about everyday life, things a person runs across during the events of a day. Questions a person may not know the answer to but they will kick themselves because they feel they *should* have known the answer. To know all about French philosophers, ancient battles, Chinese dynasties, etc. one needs to make a special effort to research the subject whereas there are countless subjects that occur in daily life that we learn without realizing.

Examples of such questions are:

What color is the letter E in the logo of Google? (red)

What beer is called The Silver Bullet? (Coors)

What auto company makes the Camry and Tundra? (Toyota)

That last one might puzzle some people! If you only have a few seconds to answer, your brain might turn to mush. There are so many ways to write good and interesting questions. I look forward to sharing my ideas on that subject and many others. Let me hear from you! Contact me at triviamaster@buzztime.com . Until then, keep on playing Buzztime trivia!